The most common question you get asked as a wedding officiant is:

How does a secular wedding ceremony actually work?

In addition, the second most common question is:

A multilingual wedding speech has naturally its own challenges!

The bride and groom often understand each other’s language.

At least both have a basic knowledge of the other’s language.

Nevertheless, many want to hear their own language at their own wedding because it shapes our lives.

Language is related to emotions- feeling at home and secure.

For this reason, it is perfectly understandable that your own language should be heard at your own ceremony.

However, one can of course wonder:

Who are the guests? Which languages ​​do they speak?

What do guests do when different parts of the ceremony speech are in languages ​​they don’t understand?

From my experience, guests continue to stay attentive.

Some even try to understand what is said in the other language.

Therefore you don’t have to worry about guests losing their attention.

How do these multilingual wedding speeches work?

There are different options:

This is the classic variant that I personally prefer for multilingual weddings.

The speech is given in two languages.

For example, German and French.

One paragraph is conducted in German,

followed by the same paragraph in French. Or the other way around.

When the vows are spoken, there is usually no translation.

whether these will also be translated or not.

Option 2: One language is dominant and  the other is used less frequently

If a couple communicates in one specific language and the majority of guests speak that language,

using this language as the ceremony language.

For example: A German-Argentinian couple.

Both speak German with each other and there are few Spanish speaking guests.

Some paragraphs of the speech may be bilingual, German-Spanish, but the main part would be in German.

A trilingual ceremony can be challenging, especially for guests.

The risk  is that if the paragraphs in the different languages are very long, boredom can arise.

In this situation, two languages ​​could be used as the main languages, and the third language could be used just for some particular paragraphs of importance.

Naturally, the bride and groom decide to what extent everything should be translated.

An interpreter can also be hired for some paragraphs. (See below)

Option 4: English with some paragraphs in other languages

Many “international” couples communicates in English.

And in consequence, English might become the main language of the ceremony.

English is the main language and

a few quotes, words or sections can be spoken in the respective mother tongues.

Although one might think that everyone speaks English nowadays and everything could be in English,

this is often not the reality.

This is not the case with older family members in particular.

An interpreter could the right  solution.

Should I organize an interpreter?

An interpreter can be arranged for guests who do not understand the language of the wedding speech.

This can be organized by distributing audio devices to the guests.

However, it should be noted here that it can be annoying for other guests who aren’t using these devices.

The audio devices should be at a comfortable volume for the users and shouldn’t disturb the guests sitting next to them.

It is best if the interpreter is in a separate room, but connected to the speaker through a device in order to follow the speech.

The text would be available to the interpreter in advance.

If no interpreter is required, the speech can be translated beforehand and a family friend can take over the translation part.

Another option is to print the texts in the respective mother tongues and distribute them to guests who do not understand the languages.

Regardless of whether you choose option 1, 2, 3, or 4, it is important that guests know in advance what to expect and how long the ceremony will go on.

This clears up any misunderstandings from the beginning.

In conclusion, there is no ‘right’ option. It’s all about you and your partner. 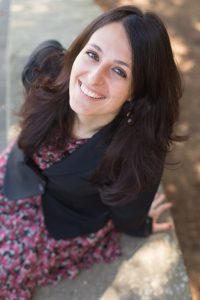 Call me or send me a message!